Rotterdam (Netherlands), 03/06/2020.- A protester during a demonstration on the Glitterplein near the Erasmus Bridge, in Rotterdam, the Netherlands, 03 June 2020 against racism and police brutality in the US and the death of 46 year old George Floyd while in police custody. A bystander's video posted online on 25 May appeared to show George Floyd, 46, pleading with arresting officers that he couldn't breathe as an officer knelt on his neck, in Minnesota, USA. The unarmed black man later died in police custody. (Protestas, Países Bajos; Holanda, Estados Unidos) EFE/EPA/REMKO DE WAAL 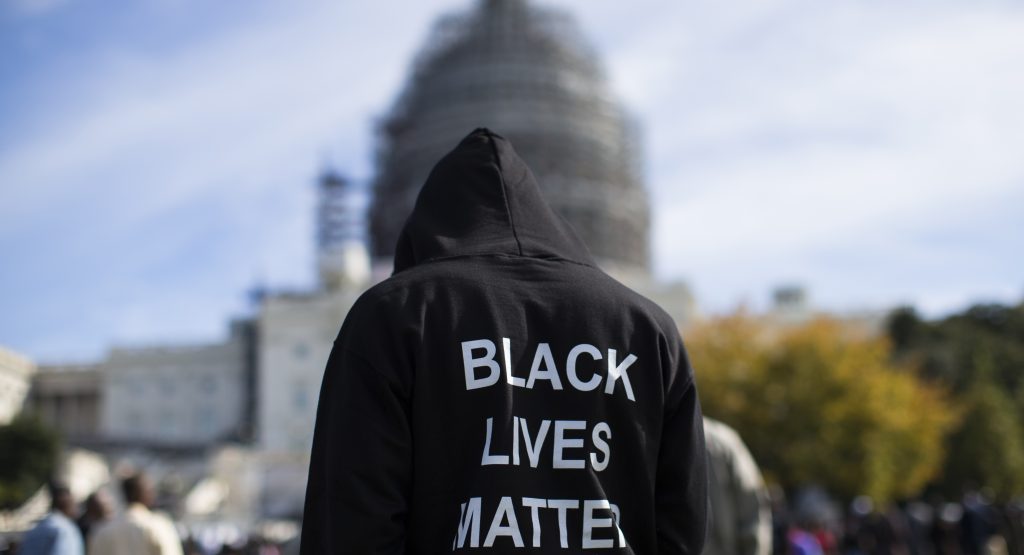 FILE - In this Oct. 10, 2015 file photo, a man wears a hoodie which reads, "Black Lives Matter" as stands on the lawn of the Capitol building on Capitol Hill in Washington during a rally to mark the 20th anniversary of the Million Man March. A new poll shows a majority of American young adults, including white youth, support the Black Lives Matter movement. The support from young white adults is an increase from the beginning of the summer and the first time in the poll a majority of black, white, Hispanic and Asian young adults expressed support for the Black Lives Matter movement. (AP Photo/Evan Vucci, File) 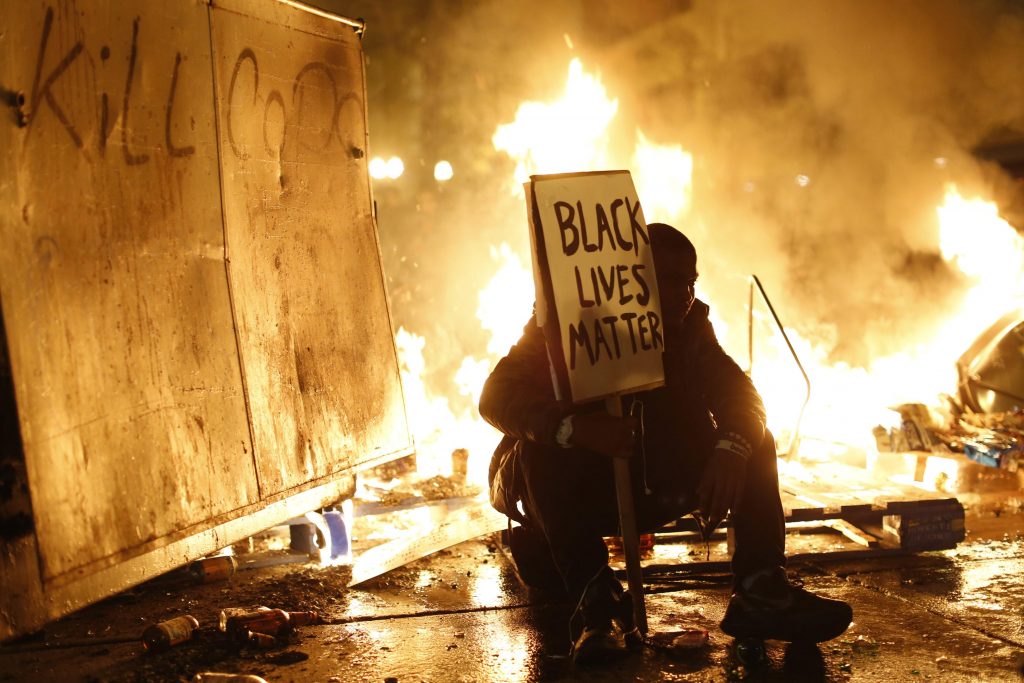